The restoration of the lost Colquhoun Chapel at Brookwood Cemetery. 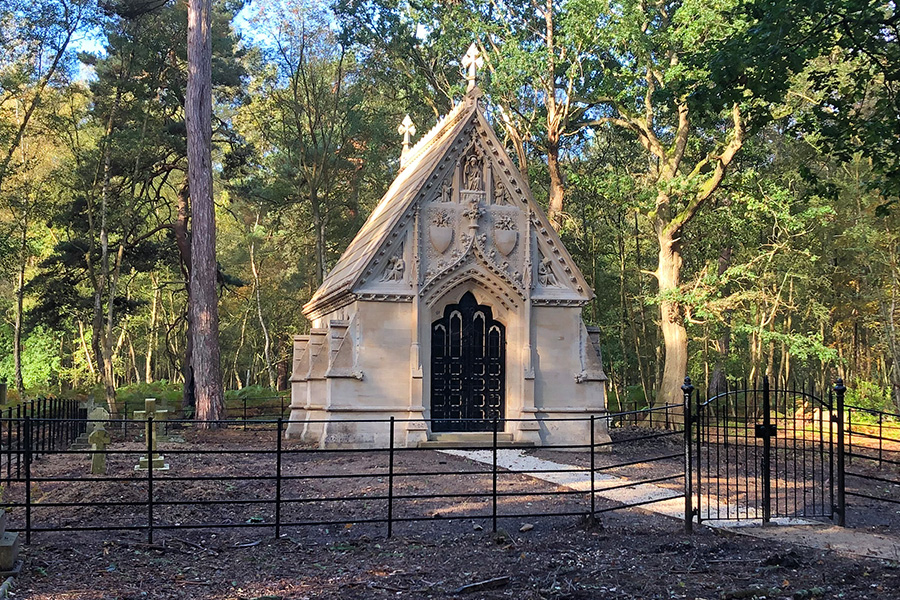 03 Sep The restoration of the lost Colquhoun Chapel at Brookwood Cemetery.

Posted at 09:07h in Uncategorized by sharman 0 Comments
0 Likes

Woking Borough Council has fully restored a previously lost Victorian Chapel, discovered in the undergrowth at Brookwood Cemetery, Surrey. Brookwood Cemetery is the largest cemetery in the country at 220 acres and of great historical value, founded in 1852 to house London’s dead and was uniquely serviced by its own railway.

The council acquired Brookwood Cemetery in late 2014, with a view to restoring this listed Grade 1 Historic Park and Garden to its former glory. For years the Chapel remained undiscovered, until 2016 where on reviewing historical images of the cemetery, Woking Borough Council learned of the existence of the Chapel and set about trying to locate it.

After a concerted effort, the Chapel was found in a remote position of Brookwood Cemetery, hidden within a wealth of overgrowth and in a poor state of repair. The entrance had been crudely blocked up, the floor of the crypt had fallen in and the wrought iron perimeter fencing had either collapsed or rotted. Nonetheless, the Chapel’s beauty and character were still evident.

History of the Chapel

Constructed in 1858, the gothic revival style Mausoleum was originally built as a cemetery mortuary Chapel, by architect John Johnson with the sculptural decoration carried out by W Boulton. The Chapel is a single storey constructed entirely of bath stone, under a steeply pitched stone slabbed roof. Internally the sides are divided into compartments by slate slabs for coffins. The structure includes fantastically fine carved figures of knights in armour on the exterior gable ends. Beneath the Chapel is a crypt accessed via large removable stone floor panels.

The Chapel was adopted by the Colquhoun’s as their family mausoleum before it was completed in 1858. The structure was last restored in 1924 by Violette Freeman in memory of Eliza Colquhoun Redhouse.

Priory Heritage, Historic Building Consultants, undertook a condition report on behalf of Brookwood Park Ltd to establish the extent of conservation and repairs works to be taken. Sally Strachey Historic Conservation was appointed in April 2019 to complete the restoration works. The works involved the restoration of the original design features of the chapel, as well as repairs to the crypt and inhumation of the human remains. Ten coffins were removed from the chapel and placed in storage while the crypt was rebuilt. Major repairs were made to the roof which included replacing the finials and other decorative features that were carved onsite by experienced stonemasons. Internally the chapel was re-plastered and the stonework and marble cladding cleaned. The immediate curtilage to the Chapel was bounded by wrought iron fences and gates which had decayed and were no longer functional. These were restored and rebuilt by a specialist blacksmith. Within the curtilage, several separate stone crosses/ memorial headstones were repaired. To improve visitor access and safety, the immediate vicinity of the chapel was cleared, leveled underfoot and pathways built to provide access to the Chapel.

David Torrance of Sharman Projects, who oversaw the works comments:

“The restoration of Colquhoun Chapel was a fascinating project with its own special challenges. The exceptional craftsmanship demonstrated, in particular, by the stonemasons and the traditional ironmongers were crucial to the overall success. I know everyone involved is very proud to have been part of the team that has brought this beautiful building back to its former glory.”

“In the last five years, we have transformed the cemetery and hope to restore many of the memorials and structures on site. Colquhoun Chapel is among the first because it is one of the more beautiful buildings in the cemetery, and one of the oldest. What makes it even more special is the fact that it was a lost building, that hadn’t been seen by anyone for a number of years. There’s a wealth of history within the cemetery walls, which we’re trying to make people more aware of while at the same time, making this fantastic space more accessible to the public.” 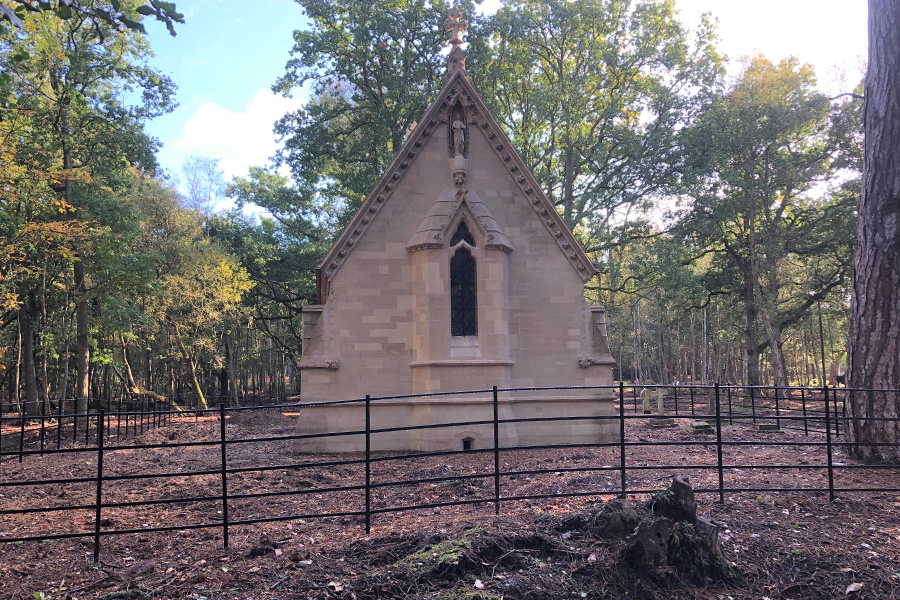 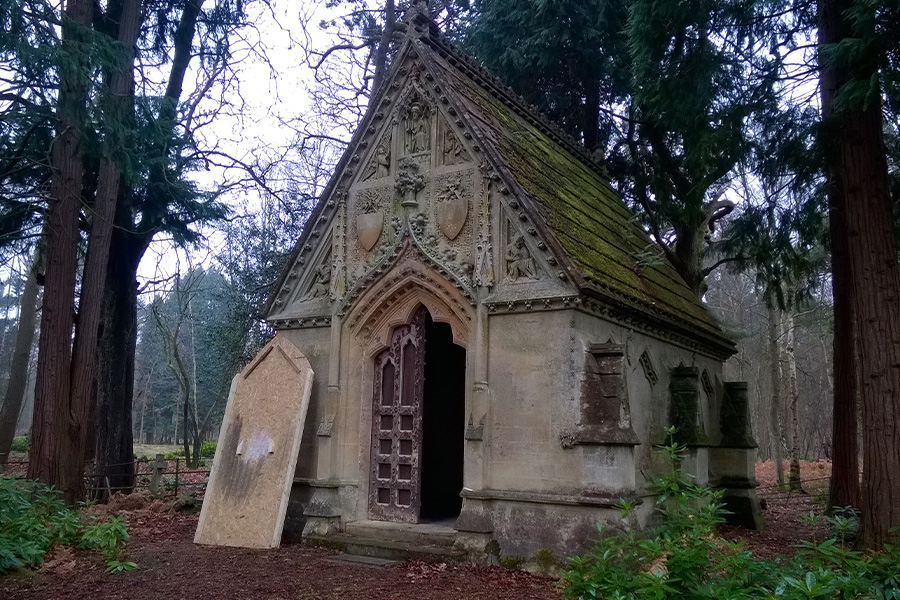 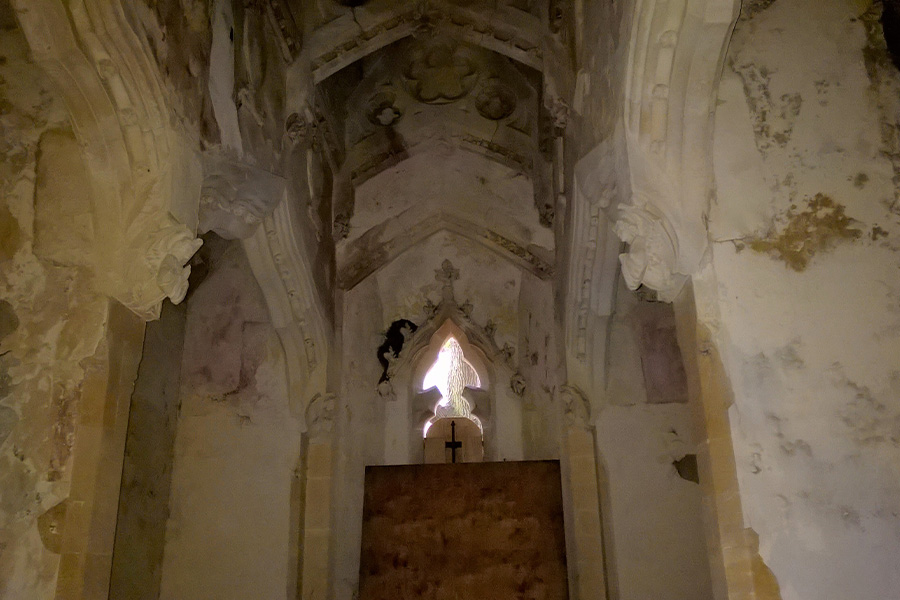