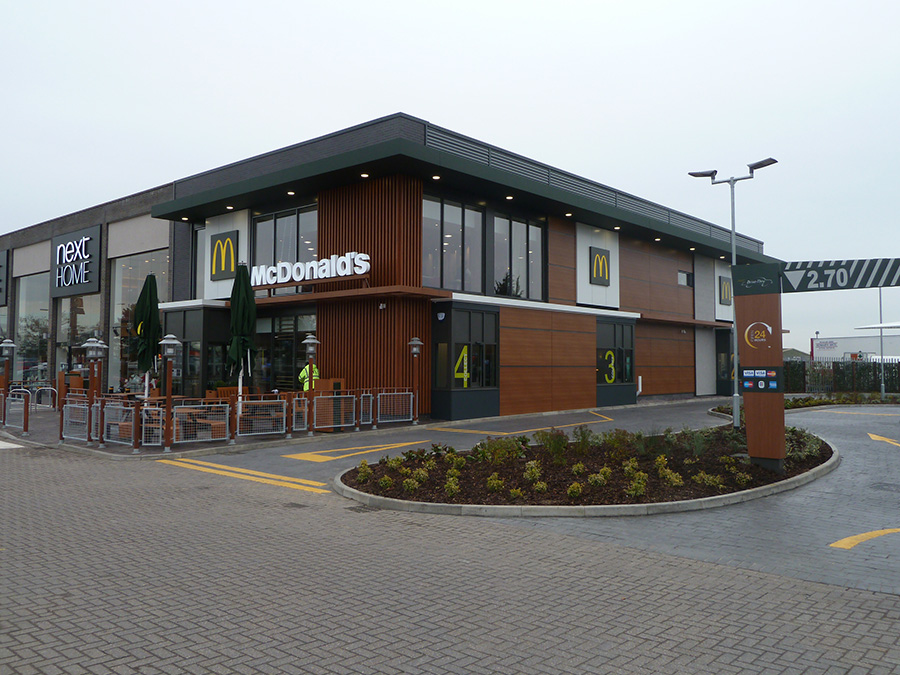 A new McDonalds Drive Thru restaurant has opened at Dunstable Road Retail Park, Luton adjoining the existing Currys / PC World and Next Home.

The works on a previously vacant unit involved the part demolition, reconfiguration and creation of the drive-through lanes to form the new two storey McDonalds. A new mezzanine floor was installed utilising as much of the existing steel frame and roof as possible. Associated works included the modification and alterations of the existing car park to assist the flow and the formation of the new drive-through lanes. Landscaping to the central island has improved the aesthetics of the park. Now complete, the works have brought a fresh modern touch to the Retail Park.

We were appointed by LondonMetric Property Plc as Project Manager, Quantity Surveyor and Employer’s Agent, working alongside the main contractor, Deeley Construction, and the architect RGP. Working on a live site, the team made every effort to ensure Dunstable Road Retail Park maintained continuity of trade, ensuring the works did not disrupt customer access to the other units.

This new 24 hour McDonalds is a pilot store offering table service, fully digital drive-through lane signage, self-service automated order points on both the ground and first floor and areas where you can charge up your smartphone for free!