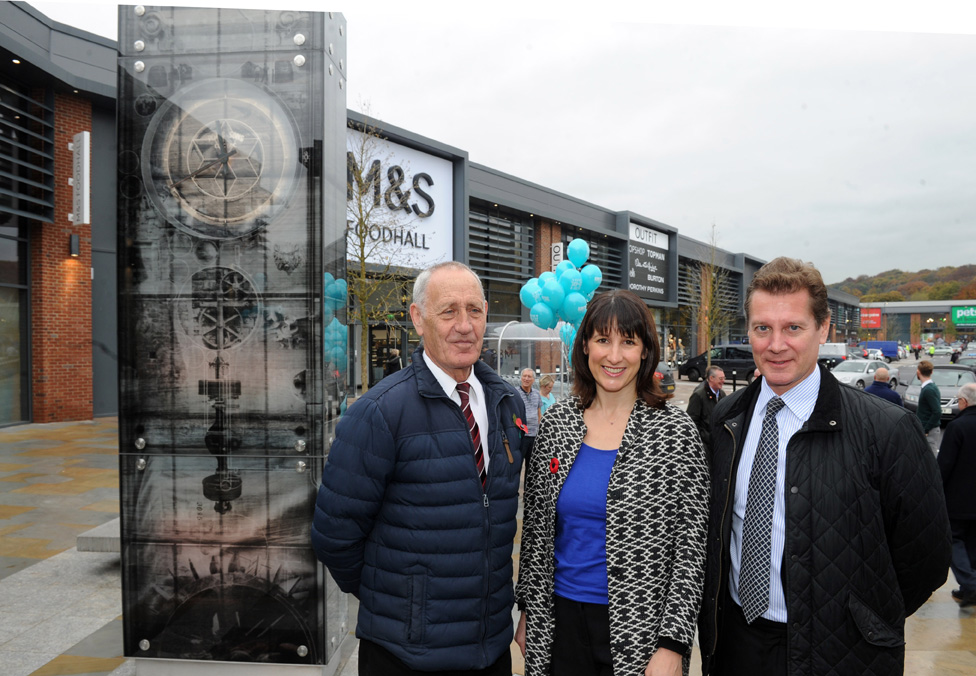 Leeds West MP Rachel Reeves and John Liversedge, chairman of Kirkstall Valley Community Association and Kirkstall Festival, unveiled a landmark clock tower at the newly opened Kirkstall Bridge Shopping Park. They were joined by key members of the community, retailers and construction team at the official opening event for the new Kirkstall Bridge Shopping Park. The clock, as well as the commemorative plaque for the Abbey Light Railway, celebrates local heritage providing a sense of place to the public realm elements of LondonMetric Property’s latest development.

The striking modern four metre high glass clock tower, designed by artist Kirsty Brook, is inspired by Kirkstall’s rich industrial history. Each visual component of the mechanism is created from photographs of nearby industrial elements. The lighting changes on the hour and filters through images of factory windows creating an authentic industrial glass texture and a glow reminiscent of night-time industrial activity. The commemorative plaque for the Abbey Light Railway, which was made with the kind permission of the Lowe family, acknowledges the community railway which started at the south-east of the Kirkstall Bridge Shopping Park site. The deliberate inclusion of these elements acknowledge the community and history of the area, creating a new connection with the past at the Shopping Park. 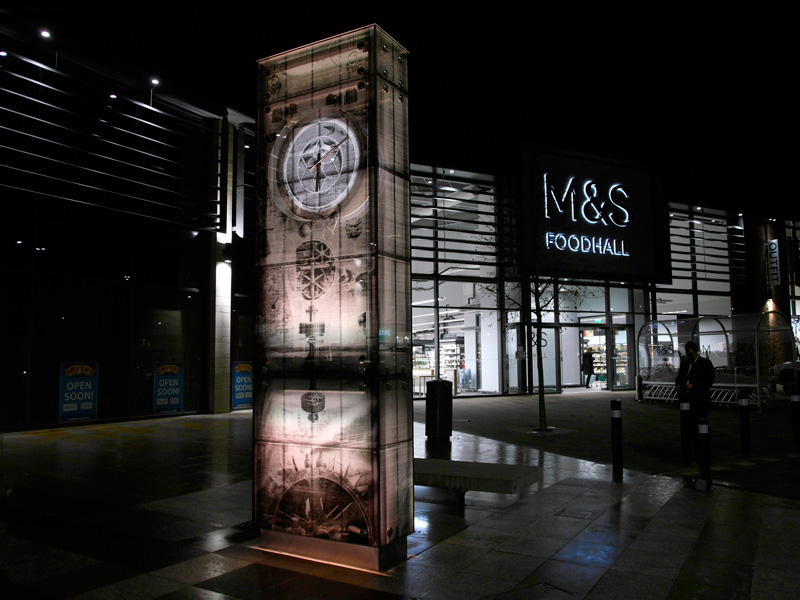 Nick Heath, Development Manager for London Metric & responsible for the development of Kirkstall Shopping Park said; “Commissioning the new clock, has been a most rewarding experience. Kirsty’s enthusiasm and attention to detail shines through in the clock’s design. We hope the clock will be enjoyed by young and old alike and will become a new place for people in Kirkstall to meet.”

Pets at Home, Card Factory, Trespass, Lloyds Pharmacy and Pure Gym have now opened their doors, joining M&S Foodhall, JD Sports, Home Bargains, Outfit and Costa, which all opened during the previous week. There are early 2016 openings coming from Specsavers and the toy retailer Smyths. In total 14 retailers are opening and more are expected to be added shortly. So far more than 200 jobs have been created so far at the Park.

We are delighted to be the Client Project and Tenant Liaison Managers on this £40 million scheme, coordinating the demolition of the original store and delivering 120,000 sq ft of quality retail and leisure space for LondonMetric Property.

Paul Sharman, Director of Sharman Projects, said: “The inclusion of the clock and Abbey Light Railway board at Kirkstall Bridge Shopping Park helps to create a shopping destination which not meets the practical needs of shoppers, but one that recognizes the history of the area. We hope the pieces will capture the imagination and interest of the people of Leeds.” 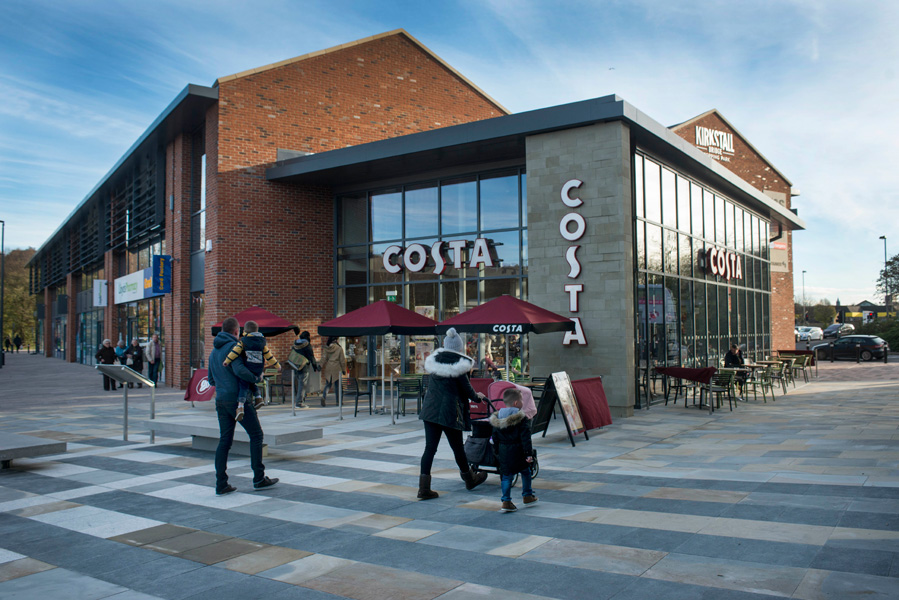 Shoppers can find out more about Kirkstall Bridge Shopping Park at: kirkstallbridgeshopping.co.uk and facebook.com/KirkstallBridgeShopping and @ShopKirkstall on Twitter.